ABC FOX Montana is excited to welcome you to the Midtown Mixer, Super Bowl Edition.
Join us February 7 at ABC FOX in Missoula at 2200 Stephens Av, in beautiful Midtown Missoula.

Join us for the February Midtown Mixer to celebrate this coming event and see our studio, meet some of our anchors and staff, take your picture in front of the green screen and at the news desk, where we broadcast to a half-million Montanans every night and win ABC, FOX, SWX and Super Bowl-related door prizes.

As a bonus, our SWX Sports crew will also be broadcasting LIVE the Hellgate @ Sentinel girls basketball game at the time of the Mixer so you can watch it with us – tip-off is 5:45p across the street at Sentinel Gym!

We will also be highlighting a non-profit that is near and dear to us – the Big Sky Documentary Film Festival. This annual event will be in Missoula Feb 17 – 26 and will be celebrating their 20th year! Door prizes will include 2 all-access passes to the films, workshops, panel discussions and parties. 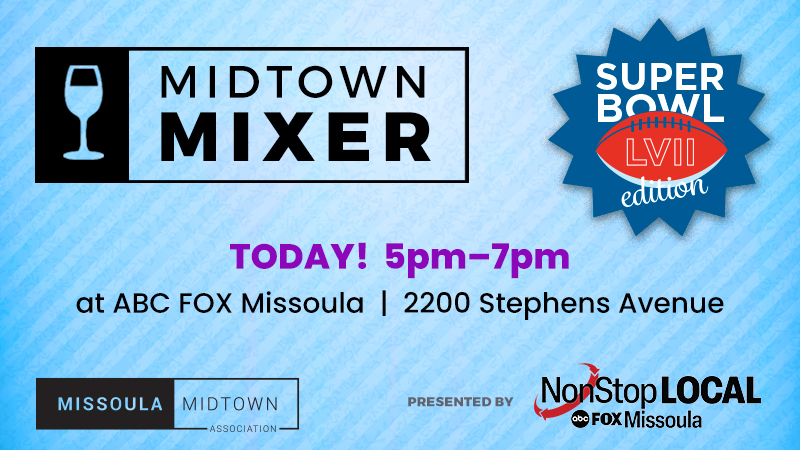